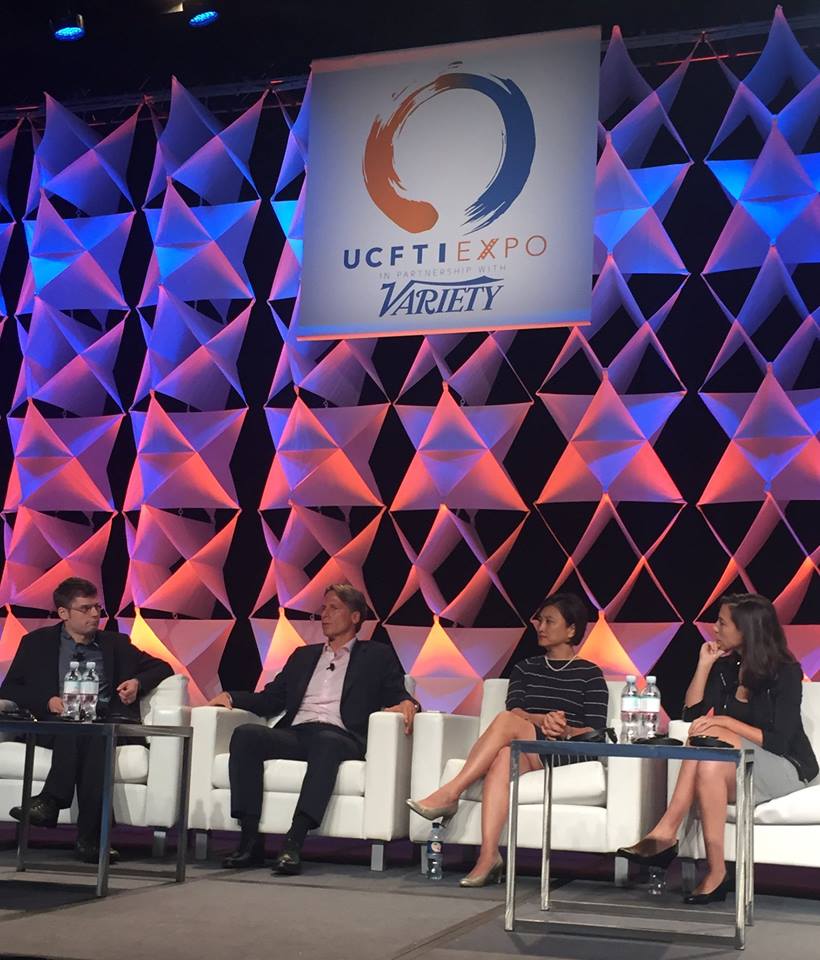 Jean Su, President of Broadvision Pictures, featured on the opening panel discussion on the future of film production and distribution at the U.S. – China Film & Television Industry Expo in Los Angeles, sponsored by Variety magazine.

The panel discussion was moderated by Janko Roettgers of Variety, with panelists William Pfeiffer, CEO of Dragongate Entertainment (an Asian-focused film and television production company backed by Lionsgate), and Aynne Kokas, Professor of Media Studies at the University of Virginia and expert on the intersections between the U.S and China media and technology industries.