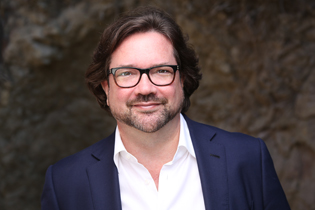 With planned production in 2022, A.W. “Tony” Scott will be Directing “Higher Love”, the feature version of his dramatic short “Together”. Danny Glover, Jane Seymour, and Lynn Whitfield are attached to play lead roles. Tony and his partner in Broadvision Pictures, Jean Qing Su, will Produce.

In 2019, Tony wrote and directed the dramatic short film “Together”, which was created as a proof of concept for Tony’s previously written feature script “Higher Love”. The short was completed in March 2019, and over the next 12 months selected to screen in 25 film festivals in the U.S., the UK, the Caribbean and Europe, including three Academy Award Qualifying Festivals for Short Films. “Together” won accolades at 11 of these festivals including: multiple “Best Film” and “Best Screenplay” awards, as well as awards for “Best Director, “Best Producer”, “Best Actor”, “Best Actress” and “Best Score”.

Prior to entering the entertainment industry, Tony worked as a consultant and venture capitalist to high tech companies around the world. He then entered and completed the UCLA Graduate Film School’s Professional Screenwriting and Writing for Television Programs, and studied Directing in UCLA Extension’s Directing Program.

In 2013 while studying at UCLA, the Blacklist.com named Tony’s screenplay “At Last” a Top 10 drama script. In 2015 his contained sci-fi thriller “Sentience” was named best feature screenplay in the Professional Screenwriting Program at UCLA.

Tony has been hired by financier/producers to write three feature scripts. In 2017, an investor-producer hired Tony to write a love story set in Mexico and Spain in the controversial world of bullfighting. In 2018, a Singaporean financier/producer engaged Tony to write a police-terrorism action-thriller feature that is planned to be filmed in Singapore and Chongqing, China on a $8 – $10 USD million budget. In 2019 Tony was hired to write a feature based on a true story that occurred during the WWII Japanese occupation of the Philippines, with planned production on a $30+ million USD budget.

In 2017 Tony created and directed the six-episode web-series “Searching for Adrian Lester” to support the marketing and release of the feature “Grey Lady”, which Broadvision Pictures produced in association with Beacon Pictures. Tony and his partner Jean Su created the marketing strategy and implemented a pure social media driven campaign for the film, and were responsible for the film’s limited theatrical release in 25 theaters in 12 cities in the U.S. Tony also directed two scenes for the stage in Northwestern University Entertainment Alliance’s showcase in 2017, performed before sell-out crowds over two nights. In 2018, Tony created and directed a proof-of-concept reel for his production company Broadvision’s unscripted docudrama series “Going Pro”.

In late 2019, Tony was hired to write and co-direct the short “Representation Matters?” to showcase the comedic skills of an established dramatic actress. The satiric short was completed on time and budget, and is beginning a run on the film festival circuit, where it has been an Official Selection in multiple festivals in the U.S., Europe and Asia, winning awards for “Best Film”, “Best Director” and “Best Actress.

Tony and his writing, producing and directing partner Jean Qing Su, who was born and raised in China, focus on creating grounded, character-driven stories, typically inspired by real people and events. Tony has been involved personally in business in Asia for nearly 30 years and has basic conversational skills in Mandarin Chinese.

Born in New Orleans, Tony received his B.A. at the University of Mississippi, and his MBA from the Kellogg School at Northwestern University. He worked as a semi-professional jazz/funk/R&amp;B musician to help pay his way through college and graduate school. He has lived and worked in Beijing, Chicago, London, Napa, Silicon Valley and Tokyo, and now resides in Los Angeles.