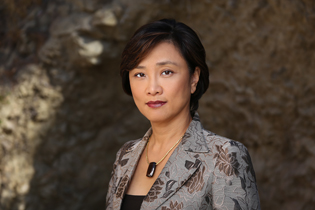 Jean Qing Su (Su Qing) co-founded Broadvision Pictures in 2014 to develop and produce a slate of movies and TV series across multiple genres that will appeal to audiences around the world.

Jean is Executive Producer of “Grey Lady”, a multi-million-dollar crime thriller starring Eric Dane, Natalie Zea and Oscar-nominated Amy Madigan. “Grey Lady” was released theatrically by Broadvision in April, 2017, and was produced in association with Beacon Pictures. Jean and her partner Tony Scott created and managed the marketing plan for the twelve city, twenty-five theatre limited release of “Grey Lady” which exclusively utilized social media marketing to maximize a limited budget. Their plan drove “Grey Lady” to be the highest performing new indie movie the week of its release, and Top 20 performer for
Lionsgate the month of its home entertainment and international release.

Jean is the Producer of the proof-of-concept dramatic short “Together”, which was released in March, 2019. “Together” has been accepted into over 25 film festivals in the U.S. and Europe, including three Academy-Award Qualifying festivals for short films, and has won multiple awards for “Best Film” and “Best Screenplay”, as well as awards for “Best Actor”, “Best Actress”, “Best Score”, “Best Producer” and “Best Director” in festivals. The success of the short led to a commitment of full funding for the feature version, titled “Higher Love”, which will star Danny Glover, Jane Seymour, and Lynn Whitfield. It is slated to go into production in 2022, with Jean as lead Producer on a multi-million budget.

In 2019, Jean co-Directed the satiric short “Representation Matters” with Tony Scott. The film has been accepted into multiple film festivals in the U.S, Latin America and Asia, winning awards for “Best Film”, “Best Actress”, and “Best Director”.

In 2020, Jean Produced an Industrial “Image Ad” for wealth management company Innovative Wealth Strategists. Like her prior two produced projects, it was completed on time and under budget.

Prior to entering the entertainment industry, Jean worked as an executive search consultant and Venture Capital investor developing and building technology and new media companies in China, Silicon Valley, London and Boston. She was the first executive search consultant in mainland China, where she built and led the China office for Korn/Ferry, the world’s largest executive search firm, recruiting Presidents of China and Asia-Pacific for Fortune 500 companies. Jean later co-founded ChampionScott Partners in Silicon Valley to provide Venture Capital and build senior executive teams for technology and new media start-ups. Many of her investee companies have gone public or successfully exited through acquisition by Fortune 1000 companies.

Born in Beijing, Jean received her undergraduate degree from the University of International Business and Economics in Beijing; her Master’s degree from the Massachusetts Institute of Technology (MIT); and completed the Professional Producers Program in UCLA’s Graduate Film School.

Fluent in English and a native Mandarin Chinese speaker, Jean has lived and worked in Beijing, Boston, Hong Kong, London, Napa and Silicon Valley, and now resides in Los Angeles.